Ashanti Male with Rifle and Animal #560 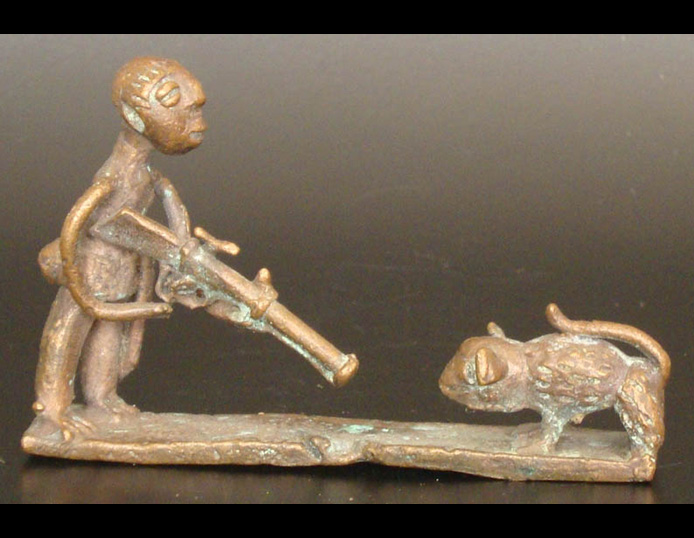 This item is available and ready to ship.

This African figure of a man with a rifle holging his rifle is about to shoot an animal and is made by the Ashanti/Akan people from West-Africa.

Akan goldweights were used as a measuring system by the Akan people of Africa. The gold weights were used to weigh gold dust which was used as currency before money and coins were invented. Each goldweight has a known measurement and weight, based on the Islamic ounce.  Locally they are known as mrammou, and the weights are made of brass. Traditionally a small set of gold weights were given to a newly wedded man. The status and respect of a man will also increase if he would possess a complete set of gold weights.